I want KidFish to love reading, so we’re reading lots of interesting, creative books. These are a few of the ones we’re enjoying this week. 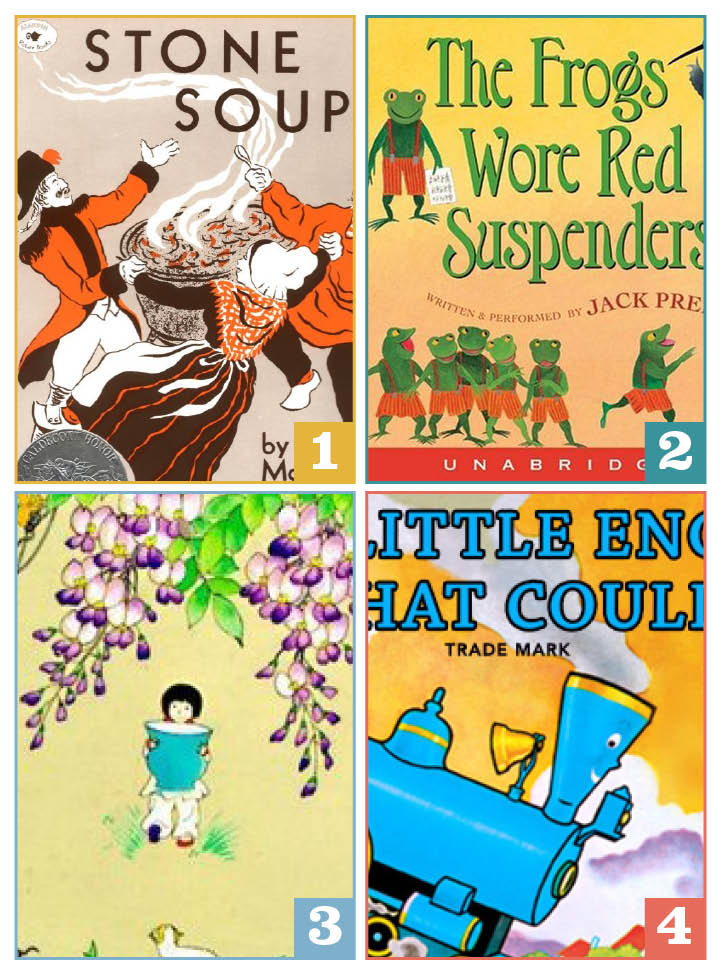 1. Stone Soup by Marcia Brown
This book is based on an old French tale about three hungry soldiers who come up with a way to get the townspeople to provide them with a feast.

2.  The Frogs Wore Red Suspenders by Jack Prelutsky
Whimsical rhymes about people and animals, set in such far-flung places as Tuscaloosa, Tucumcari, and the Grand Canyon.

3. The Empty Pot by Demi
A tale about hard work, courage and honesty.
When a little boy named Ping admits that he is the only child in China unable to grow a flower from the seeds distributed by the Emperor, he is rewarded for his honesty.

4. The Little Engine That Could by Watty Piper
The story of a train filled with toys and gifts for little boys and girls that breaks down before reaching the children. After asking several passing trains for help over the hill, a little blue train agrees to help the stranded toys. Even though she is small, the blue train tries her best to bring the toys to the children on the other side of the hill.

Sometimes my job as a mom is to step in, to help and to direct.

But sometimes the best thing I can do is to just get out of the way and let KidFish explore, struggle and figure it out on her own.

The hard part is knowing the difference.

The next time I start comparing myself to the mom with a pinterest worthy playroom or the mom with a career and a six-figure salary, I will remind myself that motherhood is not a competition.

There is no trophy for cleanest house and no blue ribbon for “craftiest mom.” There isn’t even a reward for the mom with the biggest bank account.

Instead of comparing and competing, I’ll try encouraging them and celebrating their accomplishments. It’s highly likely that the very moms I compare myself to need more encouragement than I think. We all do. 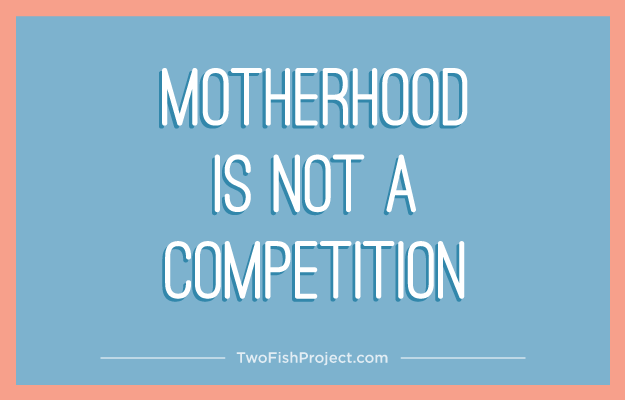 It’s almost like Cheerios followed PapaFish around and compressed his life into a 2-minute video (even the awesome dance moves at the end).

PapaFish, you are a wonderful husband and father.

I love a good story. Thankfully, so does KidFish. These are some of the books we’re enjoying this week. 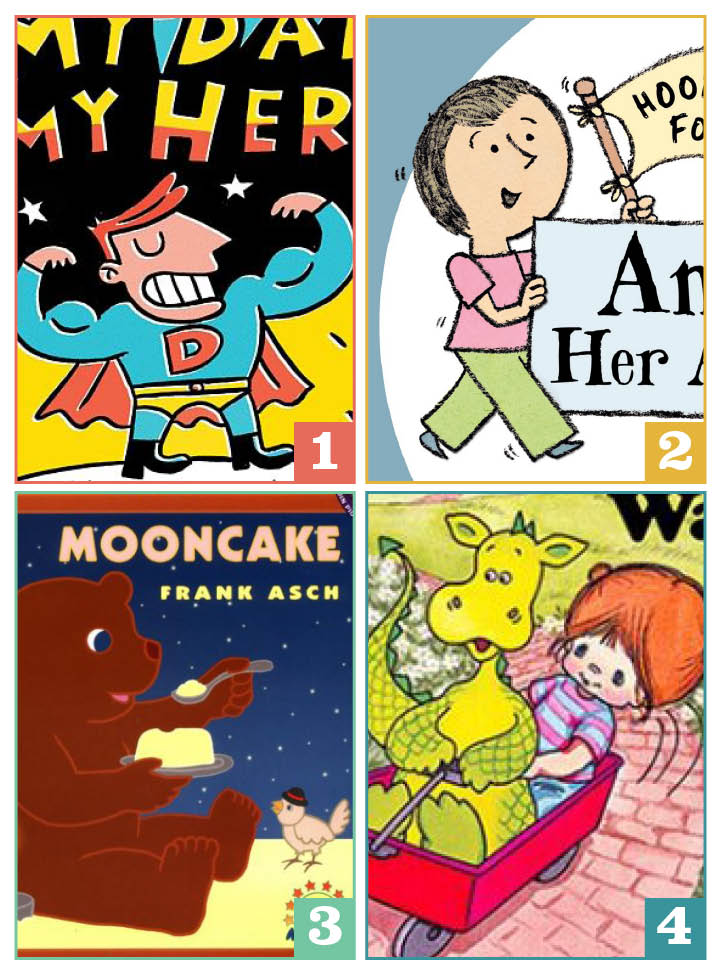 1. My Dad, My Hero by Ethan Long
A cute story about the bond between a father and son. Dad doesn’t have super powers but is still a hero.

2. Hooray for Amanda & Her Alligator! by Mo Willems
6 ½ stories about 2 surprising friends.

3. Mooncake by Frank Asch
One fine summer evening a hungry bear decides that he would like to taste a piece of the moon and builds a rocketship to get there.

4. A Dragon in a Wagon by Jane Belk Moncure
A story about a girl who decides to read a book and has adventures in different methods of transportation.

When we evaluate a child’s output against our preconceived ideas, sometimes we unintentionally tell them that they are not scientists, engineers, musicians and artists.

The danger is that some kids might just believe us.

I cannot force KidFish to do anything she does not want to do. Trust me, I’ve tried and failed.

What I can do is create an environment that makes choosing the better/good/healthy option pleasurable and rewarding.

Hi! My name is Loni (a.k.a. MamaFish). I'm a maker, mother and Mrs. and I'm on a mission to cover the world with smiles! This is where I write about fun stuff for kids and the grown-ups who love them. Read more...

Bring smiles to those you love with our paper crowns, paper toys and more.
Visit the shop today!